Manatees are abundant throughout coastal and inland waters of Florida. During times of cold weather, manatees will concentrate in warm natural springs or in warm water discharges from power plants, both essential for their survival. Crystal River is special because it supports the largest concentration of manatees in a natural spring area. Concentrations of manatees in Crystal River are one of the highest in the State. Certain times of the year are better than others for viewing manatees in Kings Bay.

Boaters will find different speed zone signs posted in our rivers. Idle Speed means no wake and Slow Speed means a minimum wake. Manatee sanctuaries are closed to all public use from November 15 through March 31 to protect the manatees.

This is the best time to see manatees. The weather is at its coolest and manatees are the most concentrated. Sanctuary restrictions are monitored until the 31st of March, speed zones are in effect through April

As the weather begins to warm, and Gulf and river water temperatures rise above 72 degrees Fahrenheit, manatees move out into the Bay. Manatees then begin staging in the Homosassa, Crystal and Salt Rivers in preparation for their migration to summer habitats.

In October, as temperatures drop, manatees start to congregate in the headwaters of the Crystal and Homosassa River. Speed zones and sanctuary restrictions go into effect during this time. Late in December, manatees concentrate around the springs in Kings Bay. 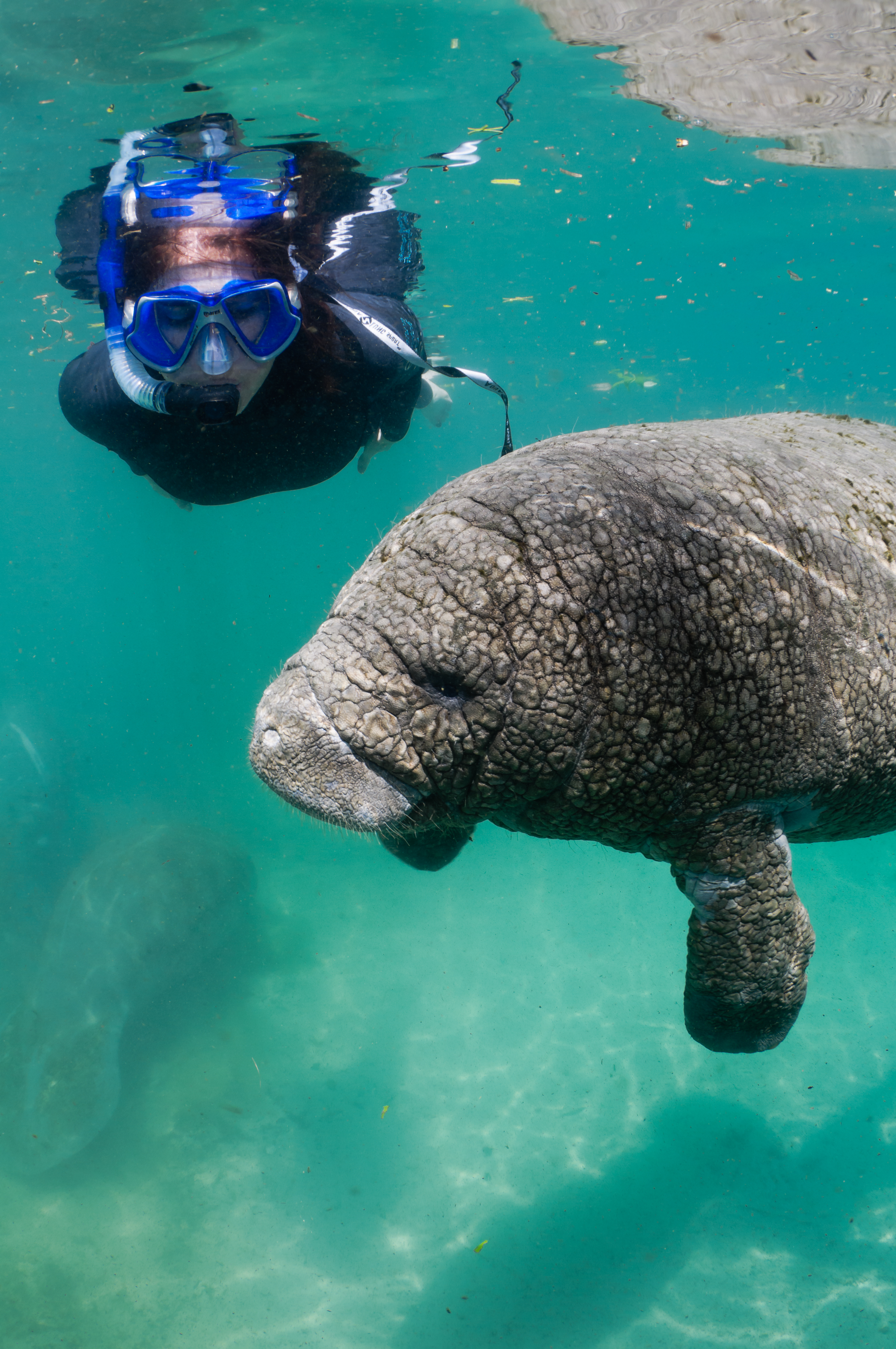